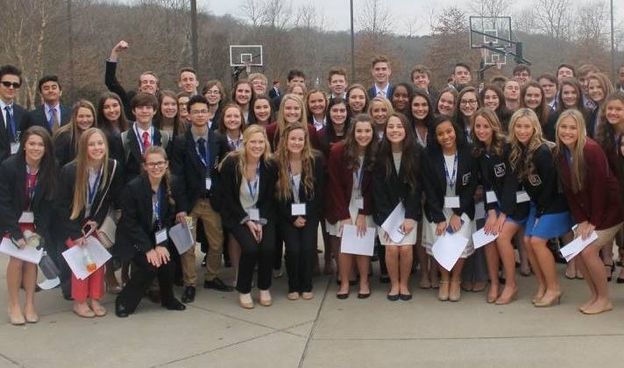 In 2010 we also incorporated a new feature, the Station Camp Marketing Academy.  In order to graduate from the Marketing Academy, a student must earn at least forty points by completing at least four marketing classes and competing in at least one district, state, and/or international competition.  If these requirements are met, then the student will be recognized as a Marketing Academy graduate when he/she receive his/her diploma.  Since its implementation, our chapter has graduated almost fifty students.

As a chapter we do make it a point to participate in community service and bringing awareness to issues not only that affect our community but everywhere.  For example, last year we had the Breathe Easy with Us campaign to raise awareness to and money for the Cystic Fibrosis Foundation.  The year before that we had the U TXT, UR NXT campaign, which raised awareness to the growing problem of texting and driving.  We have also partaken in activities, such as tornado relief service, Red Cross blood drives, a coat drive, a canned food drive, a teddy bear drive, collecting sports equipment for children, a voter registration drive, a 5K run, a prescription drug drive, and collecting items for a local retirement home.

For the 2017-2018 School year our DECA chapter was awarded for being the largest chapter in the state of Tennessee. 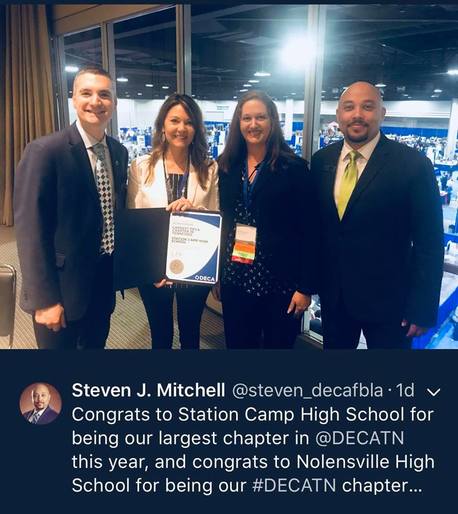 Nicole Daniels joined Station Camp DECA in 2010.  Mrs. Daniels was previously a DECA Advisor for Beech High School.  Mrs. Daniels has had over 20 competitive events place in the top at the international level.  She can be reached at nicole.daniels@sumnerschools.org.

Cara Skinner joined Station Camp DECA in Fall 2018. Mrs. Skinner is new to the state and Station Camp and is looking forward to being a part of the chapter this school year. She can be reached at cara.skinner@sumnerschools.org.

A little about DECA... 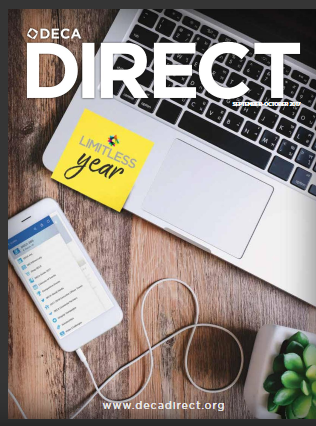